Hadley doesn’t have many medical issues. She’s a bit excitable occasionally, but this little Husky isn’t known for constant vet trips. So when Adrienne, her mom, found a funky lump on Monday night, it was a rush trip to see her trusted vet advisor, Viola Chu, DVM, CVA, at River Cove in Williston, VT.

Dr. Chu identified the little lump quickly: it was a wart.

And that’s more common than you might think. Dr. Chu says she most often sees these growths in poodles and cocker spaniels – anecdotally, they’re found more in smaller breeds—and Hadley was a rare visit.

But, she assures us, owners shouldn’t really be concerned. “It’s mostly cosmetic. General rule of thumb we tell people: if any growth starts growing or changing quickly, then let us know,” Dr. Chu says.

In answer to the big question “Can dogs pass these warts to humans?” Dr. Chu says that one type of wart, viral papilloma, is contagious from dog to dog, but not dog to human. Most visits, though, are a result of an owner spotting the non-viral type.

“We won’t remove them unless they’re causing a problem; for example, if they’re in a location where the dog is catching them on something and it’s causing bleeding or pain,” Dr. Chu notes.

In short, dog warts, at least the common kind, aren’t a really big deal. But if they grow or change it’s always best to get a quick look from your vet.

Has your dog ever had warts? Were they viral or non? Share with us in a comment! 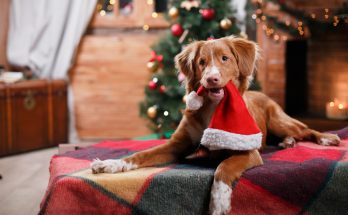 How to Keep Your Pets Happy and Healthy Over the Holidays 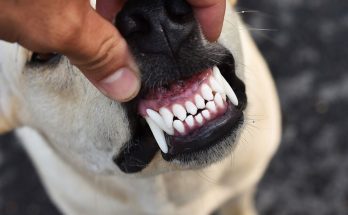 How Often Should Your Dog’s Teeth Be Cleaned?