When we talk about animal health cases, free speech isn’t usually part of the conversation. But in one case heard by the U.S. Court of Appeals for the Fifth Circuit on Tuesday, both were at issue.

In 2013, the state of Texas suspended the license of Ron Hines, a retired veterinarian who gave online advice to pet owners prior to meeting their animals.

For Hines’ part, he felt his right to free speech was violated. The state wanted the suit dismissed, filing an appeal after a district court ruling against it.

Are those conversations Hines had with pet owners protected under the First Amendment, or do they fall, as the state says, under the rules of the profession that require vets to have previous contact with the animal before dispensing advice?

The state’s representative is quoted as saying that “Economic regulations that incidentally burden speech do not require First Amendment scrutiny.”

While that argument has some validity, there is other information to consider: Many of these conversations were between Hines and people from other nations without access to veterinary care.

The case matters because it could set precedent for how professional organizations can restrict free speech online through implementing similar regulations.

And we want to know what you think. Are you a vet who feels that Mr. Hines should be able to dispense advice without meeting an animal? Or do you believe that the regulations are valuable and should not be violated? Are you a pet owner who is concerned about the case? Please share your thoughts in a comment. 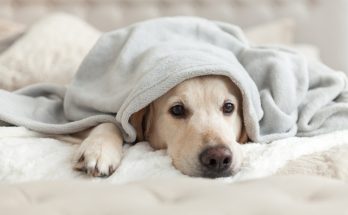 How to Care for Pets During the Pandemic

Missing Out on Blog Paws? Join Our Twitter Chat!