Dogs are taking their places amongst the likes of presidents, angels and criminal justice students. They’re popping up in luxury hotels in California, military vehicles in Afghanistan, and robotics laboratories in Japan. They’re getting love from wealthy executives with a whole lot to guard, and Yale law

students with a whole lot to study.

We love dogs, but for anyone who isn’t as smitten, it’s time to wake up and smell the sweet aroma of ubiquity. Dogs are here to stay. With the recent fervor about human-grade intelligence in canines (dogs are as adept as a one year old human in some areas, research shows), it’s no wonder that dogs are cropping up in places we might not have expected them. So, just how involved are they? And what do dogs offer to our societal structure on a larger-than-familial scale?

After all, dog is God spelled backwards!

To examine just how involved in the fabric of humanity dogs have become over thousands of years of domestication, perhaps it is fitting to start with their place in the church.

Animals have been crucial to Christianity since the religion began, with stories about companionship with humans abounding. But over the last few centuries, we’ve lost sight of their role in the story of Christianity, focusing more on domestication and utility than meaning. Now, according to a New York Times’ assessment of the religious role of animals, those stories are being reclaimed.

With that comes action. The Humane Society of the United States has just developed an online directory for affiliate ministries, reflecting the growing trend toward animal-inspired sermons and services (like not-for-profit medical care) that many religious organizations currently espouse.  (It should be noted that in religions like Christianity, caring for pets as you care for humans raises all sorts of questions. Is proposed dominion over other animals necessarily a go-ahead to mistreat or ignore them, or is treating animals as if they hold intrinsic value an acceptable practice?)

The popular response to growing Bible interpretations that applaud animal rights is, appropriately, political debate and action. Of course, political debate regarding dogs is not reserved for religious matters. Pet health care, pet retirement, and general animal welfare frequently bark their way onto the ballot. This campaign year, it’s becoming ever more clear that dogs have a strong influence on these and other political debates, and that they have irreversibly woven themselves into our American political fabric.

Obviously, dogs have some sway. While they might not choose their partisanship directly, they are, of course, guilty by association. Perhaps the soothing sounds of debate in the home pull that schnauzer’s ears one way or the other, and tickle his pleasure center just so, telling him that Barking for Barack is in fact the best type of political action his vocal cords could possibly take.

Or perhaps the candidates, like so many businesses and individuals worldwide, have had a real stroke of genius (though they aren’t the first- FDR enlisted Fala’s name to gain political leverage ages ago). Perhaps they’re just getting in line for the support of the huge groups of people that listen to their pets, treat them like a part of a family, and believe that animal rights are not only inalienable, but also votable. They’re not wrong—last year the house passed the Veterans Dog Training Therapy Act, while state congresses across the nation passed over 35 other new animal protection laws.

Some argue that every politician in American history has used their pet’s appeal to gain public respect and trust—they’re votegetters, no question about it. People love pets, and politicians need people, and thus, a political role for a dog seems no far leap. It should come as no surprise, then, that other careers are also starting to feature pawed executives with a lot of influence.

Out from under the table

Dogs have long been lauded for their application to human therapy and companionship, and for their general positive effect on stress. The phrase “man’s best friend” has rung true for millions (of people and pups) since its inception. Today, business-minded canines are taking their role to a new level, and entering the world of service with an open heart.

While service dogs have been allowed in courtrooms for decades, 2003 marked the first time a pooch was enlisted as a witness aid. Now, nine years later in New York, a fierce legal battle is raging over the presence of Rosie the golden retriever as a comfort to a rape victim during her testimony. Some argue that Rosie is as instrumental for the victim as a teddy bear for a child, while some argue that the dog elicits natural empathy and influences a juror’s judgment.

Rosie’s on the up-and-up: even as the prosecution prepared an appeal, she was slated to take the stand with two more young victims of abuse. Her actions during the trial in question make sense: she’d nudge the alleged victim in a moment of hesitation, lick her or cuddle her when she spoke about difficult topics.  A study  published this month in Current Biology indicates that dogs should be able to respond to human emotions with such accuracy—implying that Rosie’s actions, whether influential or not, were, at the very least, authentic.

“The report states that dogs, like infants, are able to study minor details in human communication and correctly interpret intent,” and further notes the value in the finding: If dogs can understand our body language, tones, and other cues, then presumably, it’s totally normal and even probably advised that we treat our dogs like we would an infant or young toddler—as part of the family.

At Yale, a therapy dog named Monty is now a part of a program for law students, helping them to de-stress. Students can stop by a circulation desk and spend 30 minutes with the pup, just petting him and relaxing with a temporary companion. Here, proponents of the program cite hard data that tell us that yes, owning a dog really can have a positive effect on attitude, and accordingly, on blood pressure.

As much as dogs like Rosie and Monty tempt us to think that the jobs of a service dog should and mostly do involve therapeutic elements, there’s another type of career that recruits dogs of various temperaments. Much like the diverse crew of humans that make up the ranks of the U.S. military, the 2700 dogs that take to battle today are from any one of a multitude of backgrounds, with genetics and stories that can be a world away from their peers’.

But military pups have a few things more in common with their human counterparts than background diversity. They fill different roles, specializing through education. They can be attackers, guards, seekers. And one emerging theory postulates that the perils of war can be as damaging for dogs as they are for human soldiers, even causing Post Traumatic Stress Disorder–again confirming that maybe dogs are a little bit more like us (and a bit more influenced by our societal skirmishes) than we used to be comfortable admitting.

Other dog jobs include cancer, bomb, or HIV sniffer, actor, athlete, iPhone app tester, old-school shepherd, police officer, and of course, model. Careers aren’t the canines’ only contributions to our human-heavy world, though. They also participate in job creation, through acting as audience members for several endeavors, from creative (like the symphony that composer Laurie Anderson penned for pups) to medicinal to practical. They have their own hotels, like the Barkley, and their own fashion shows, their own skydiving training schools and their own playgroups.

There’s no real question on the matter: dogs are here to stay. They have their paws in everything, shedding light on difficult concepts in religion, politics, and medicine while simultaneously remaining loyal to human desires. They teach us and help us, bring down killers and cancers, and even provide government services.

Dogs, it might be said, have a society all their own. It would be simple to say that it is a microcosm of human society, but that doesn’t quite capture its pervasiveness in the proposed macrocosm. Instead, dog society is merely another society, so much like ours  (and so involved with it) that it’s difficult to pinpoint where one ends and the other begins.

Maybe that’s the trick: we’ve so heavily influenced the canine population that we have, by default, created an indistinguishable connection between our society and theirs. Much like audience responds to media influence and, in a wonderful, hidden symbiotic dance, media responds to audience desires, we respond to dogs and dogs respond to us. Whether either group is in control remains to be seen.

And remains unimportant. Canines and humans work well together—and we always have. We’ll let the dogs have their day, every day, and they’ll let us have ours. While we put their food in a bowl, they bring us a sense of peace. While we “walk them,” they walk us. And together we move forward, in a barking, talking, feeding, living frenzy—a mesh of two societies woven into one another with a little bit of slobber and a whole lotta love. 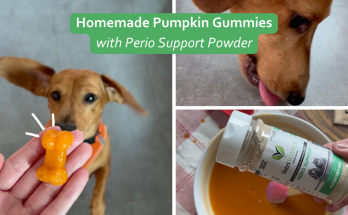 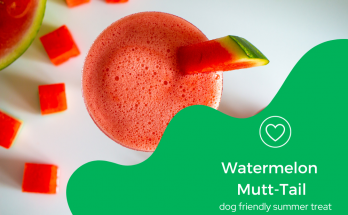